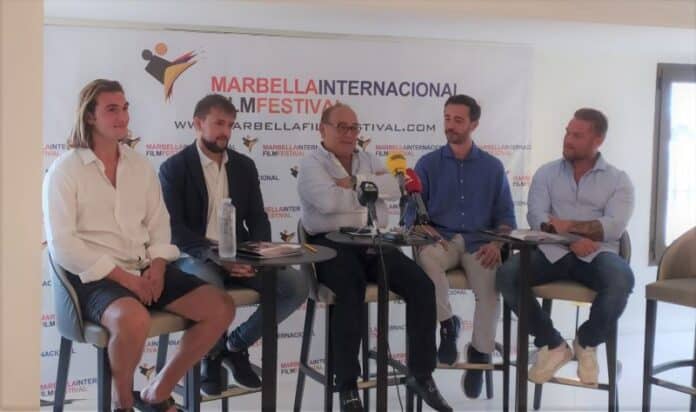 During the five days of the festival there will be more than thirty screenings including shorts, feature films and documentaries. The films will be screened in their original version with English and Spanish subtitles.

In addition to the film screenings, the Marbella International Film Festival has a number of events scheduled to take place at the Red Dog Cinemas facilities, including the opening ceremony on 5 October; a cultural event on 6 October dedicated to promoting and supporting Ukrainian cinema and culture, which will screen Ukrainian films and is also aimed at charities on the Costa del Sol supporting refugee associations, as well as two premiere screenings with red carpets on Friday 7 and Saturday 8 October.

– Thursday 6 October: 19:00 – Event in support of Ukrainian cinema and culture.

All the films, as well as their screening times, can be consulted at the following link: https://www.marbellafilmfestival.com/festival-2022/;

During the press conference to present the event, Jorge Martín, operations director of Red Dog Cinemas, stressed the importance of Marbella hosting this type of cultural event with international projection and recalled that Red Dog Cinemas has been collaborating with this festival for years.

For his part, Mac Chakaveh, director of the Marbella International Film Festival, thanked the support of Red Dog Cinemas, Hard Rock Hotel Marbella, as well as actors, actresses, producers and directors from different parts of the world who often come by their own means, and who support this international film festival which, moreover, this year reaches its 17th edition.

The Marbella International Film Festival is one more complementary activity to those usually hosted by Red Dog Cinemas. In this sense, this leisure complex located in Puerto Banús offers a complete line-up with the latest releases both in Spanish and in original version subtitled in Spanish with sessions in English, French, Italian, Japanese and Hindi. “Our commitment to bringing the best cinema to Marbella is very strong, thus responding to the great demand that exists in this area for national and foreign audiences,” says Jorge Martín, operations director of Red Dog Cinemas.

In addition to films, Red Dog Cinemas has resumed live broadcasts of opera and ballet from the Royal Opera House in London, offering an extensive programme for the 2022/2023 season.

In addition to the cinema, whose users enjoy 3 hours free parking, the Red Dog Banus centre also offers leisure and gaming, art exhibitions, a wide range of restaurants and shopping, all in the same space.