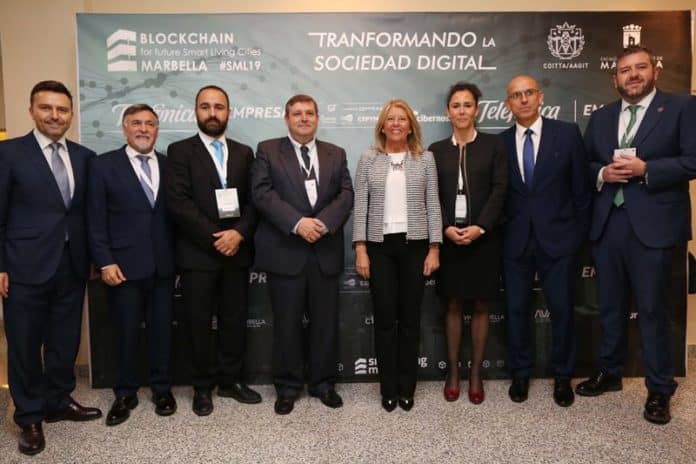 The city mayor, Angeles Muñoz, has stated today that the city “is a pioneer in innovation in the field of administration” and has advocated for enhancing public-private collaboration for the development of new technology projects. The councilor, who has attended the inauguration of the Smart Living Marbella Congress held at the Adolfo Suárez Conference and Congress Palace, recalled that the City Council has been “spearheaded” with initiatives such as the Territorial Information System (SITMA), “where the town planning of the municipality is integrated and can be visualized in its entirety; a very powerful tool that is a good example of that innovative Marbella for which we are committed.”

“From the first moment we saw that it was necessary to invest in innovation not only because it means savings, but also because it allows greater transparency of the administration and greater contact with the citizen,” the mayor remarked.

On the other hand, Muñoz has highlighted the importance of the city gathering leading experts for the tenth consecutive year at the Smart Living Marbella Congress, organized by the Official Association of Telecommunications Technical Engineers of Andalusia (COITTA) and the Marbella City Council, that in this edition is addressing the possibilities of blockchain technology in the public administration sector. The dean of COITTA, Juan Luis Cruz, has emphasized that Marbella “has prioritized investment in innovation and technology as a method of transforming the city and this congress is an example of this,” while at the same time the aim of the meeting is to bring digital culture closer to citizens and create a link between “governments, regulators and engineers to make Andalusia better and more digital.”

The Deputy Minister of Equality, Social Policy and Conciliation, Francisco José Martínez, who has also participated in the opening of the congress, has detailed one of the initiatives in the field of digitalization on which the Board is working: the unique social history. “It will improve the attention to the citizens since it will allow us to give a more personalized service and will speed up the terms in the social benefits,” he noted. Finally, the general director of Digital Economy and Innovation of the Board, Loreto del Valle, has indicated that the Andalusian Executive “is promoting the specialization of companies so they can take advantage of emerging technologies and develop new business models.”