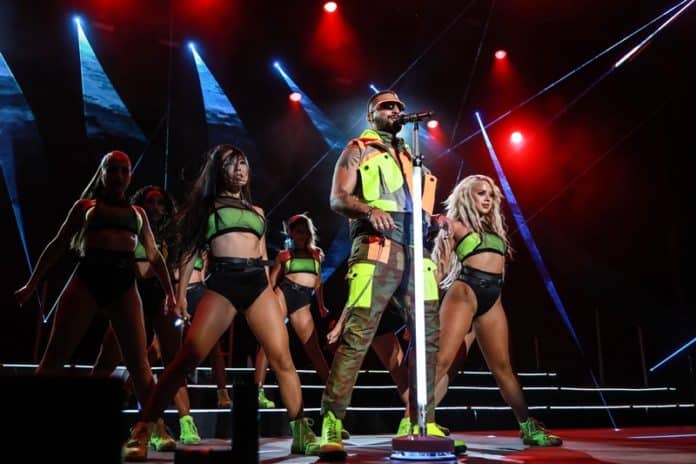 Starlite Festival has done it again and there are four of them. Four sold outs. The most recent one was last night, with the great perfromance of Maluma which was the last European concert of his tour ’11: 11′. With these figures, Starlite maintains its status of the best boutique festival on the European continent with a large advantage over its competitors, both in the volume of concerts scheduled and the quality of the stars that will be going on stage for more than 50 days.

A show of these characteristics had a cast of celebrities to match. Dancing to the rhythm of the Colombian who raises the most passions in his wake, were personalities such as the rider Álvaro Muñoz Escassi, the goalkeeper of the Mexican national team Guillermo Ochoa, and the daughters of the bullfighters Cayetano Rivera and Manuel Díaz ‘El Cordobés’: Lucía Rivera and Alba Díaz, respectively. Accompanying Alba was the well-known businessman from Marbella, Javier Calle. In addition, Telecinco presenter Isabel Jiménez, model Elisabeth Reyes and her partner, footballer Sergio Sánchez, the sisters Kimpel and the son of Gunilla Von Bismarck and Luis Ortiz, Francisco Ortiz Von Bismarck, attended Starlite.

The Starlite Auditorium recorded a temperature rise to high levels, just as the song ‘The Temperature’ reflects in the lyrics. In the same way, the decibels, the choreography and the emotion rose to create a performance of the highest quality in which the lighting effects and the dance shined with their own light. With ‘Mala Mia’, in unison, the spectators drew their mobile phones to immortalize the first steps on the stage of the Colombian star, who has chosen Starlite to put an end to the European tour of their album ‘ 11:11’.

“I have mixed feelings, I want to go home but I’m sad to leave because it has been a very nice experience since the first concert until today, so we are going to close this European tour as it deserves,” Maluma explained to his fervent fans who obediently followed each order given from the microphone to the point of turning the audience into part of the millimeter-rehearsed choreography.

The night of Maluma was an authentic party. And the Auditorium a dance floor in the light of the moon, which also could not resist the seductive gifts of the leader of the urban genre and shined dodging the occasional clouds that populated the night sky. The most moving moment came with the acoustic interpretation of the song ‘Marinero’. “I like to sing it with the guitar because, although I do urban genre, I grew up listening to ballads, and I composed this song in Spain during my second tour,” he told his audience.

Moments before the show, the Mexican artist Bibiana Domit made a live performance of one of her wonderful creations. Bibiana is a specialist in carrying out live murals guided by the energy that flows through her and the thread of her work is joy. “My creations serve to show people that happiness and inspiration come from the emotion you are experiencing at the moment,” as she herself has expressed.

The Starlite program will continue next week with more national and international performances. On Tuesday July 16, the Auditorium will host Kool & The Gang, on Wednesday the 17th, it will be the turn of Abba The Concert, on Thursday the 18th it will be for the music of the 80s, Noche Movida and the session of Juan Magán; On Friday 19th, Jamie Cullum will perform, on Saturday, July 20, Starlite will host Roger Hodgson, and the Italian Eros Ramazzotti will close on Sunday, July 21.

The leader of the urban genre and winner of countless awards and recognitions in the music industry, Maluma, put the Starlite audience to dance with a show full of rhythm. His worldwide hits, among which are ‘Obsesión’, ‘El Préstamo’, ‘Borró Cassette’ o ‘Mala Mía’ have led him to reach on numerous occasions the first positions in the lists of the most popular singers. Since his rise to fame with the single ‘Farandulera’ and his debut album ‘Magia’ in 2011, the Colombian has not stopped to reap success, starring in collaborations with international artists such as Shakira, with ‘Chantaje’, or the Puerto Rican Ricky Martin, with ‘Vente pa’ ca’. 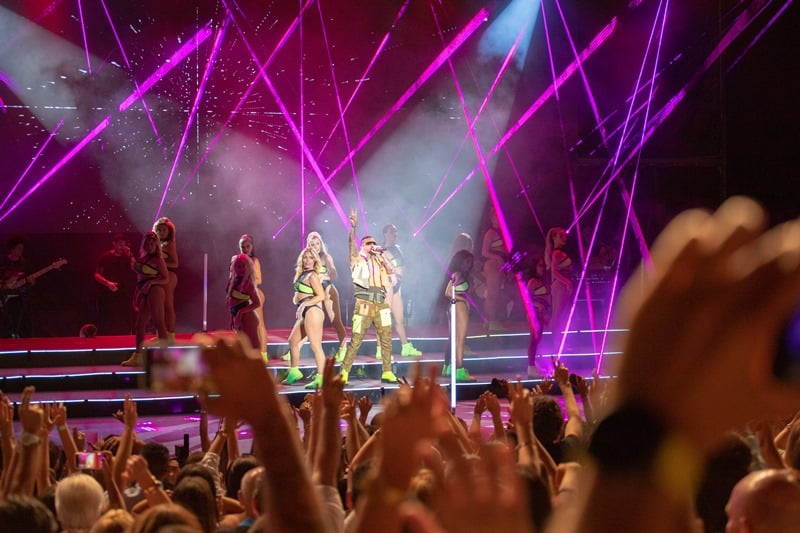