Leo Borg is excited to join ATP tournament in Spain 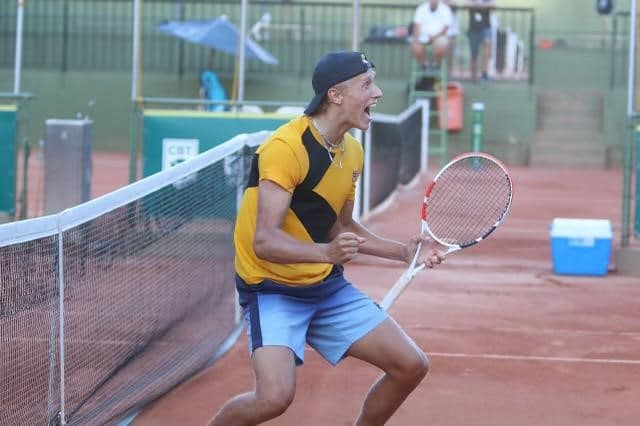 Not only one but two wildcards to one of the biggest sport events in Andalusia of all time gives Leo Borg the chance to see his level of tennis among some of the best tennis players in the world.

Recently the 17-year-old Leo Borg won the Brazil Juniors Cup. Now he is ready to new challenges in Marbella where he received two wildcards – one for the Challenger 80 Main Draw and another for the ATP 250 qualification.

– I am looking forward to see my level of tennis. I have never played on this level before, but now I get the chance to see where I am and see how it is to play with the big guys, says a humble Leo Borg.

The young skilled tennis player is not the only one who is excited about his participation in the tournament. Also, the Danish CEO of the main sponsor AnyTech365 is expectant about the wildcards to Leo Borg.

– I am honoured that Leo Borg is participating. I always had a penchant for Sweden because I lived there for four years and it’s the best tennis nation in Scandinavia. So, having Swedish participation in the tournament is something I am looking forward to, says Janus R. Nielsen from the main sponsor.

As a kid Janus R. Nielsen watched the games of Björn Borg every Sunday. Now he is the CEO in AnyTech365 which is located in Marbella, where the tournament is being held, but the connection to Sweden is not only about tennis and personal relation. Also work related there is a connection since one of the main sponsors biggest partners is MediaMarkt Sweden where AnyTech365´s IT experts are helping with IT support.

The location where everything takes place, Puente Romano Tennis Club, is not just any location. The former tennis legend Björn Borg, the father of Leo Borg, opened the tennis club in 1979 and managed the place until 1983 from where the Wimbledon Champion, Manolo Santana, took over.

But that’s not what is important for Leo Borg, who is looking forward to play and is happy about getting the chance to participate in a tournament like this.

– I feel so pleased and humbled to get the wildcards. That means all to me and I will do my best in the tournament, says Leo Borg.

The official opening of AnyTech365 Andalucía Open is Sunday the 28th of March. The first week the celebration of the 4th edition of the Challenger 80 tournament will take place between the 28th of March to the 4th of April, with more tennis to enjoy than last year, with the second week covering the ATP 250 tournament finishing on the 11th of April.