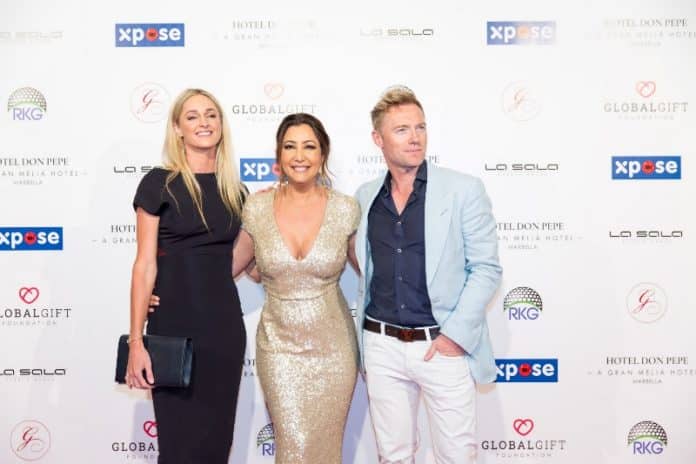 On Friday, May 3, the 3rd edition of the Global Gift & Ronan Keating Golf, Gala and Concert took place in Marbella hosted by Founder of Global Gift Foundation and its events, María Bravo, with the Irish pop star, Ronan Keating, soloist and member of Boyzone.

The event was presented by XPOSE, Official Sponsor of all the events of the Global Gift Foundation during 2019, with a welcome cocktail being held at the Oak Garden & Grill. On May 3, an 18-hole golf tournament was held on a morning where the sun was the protagonist at the stunning Villa Padierna Golf Club.

Among the players were the actor Craig McGinlay, the footballer Martin Demichelis, and the singers Pedro Ortiz, Brian McFadden and Ronan Keating, who was accompanied by his wife, Storm Keating, taking 3rd place with the decorator Nicolás Escanez. David Store came 2nd, singer of the Arenal duo, Pedro Ortiz coming in first place and winning the coveted trophy. 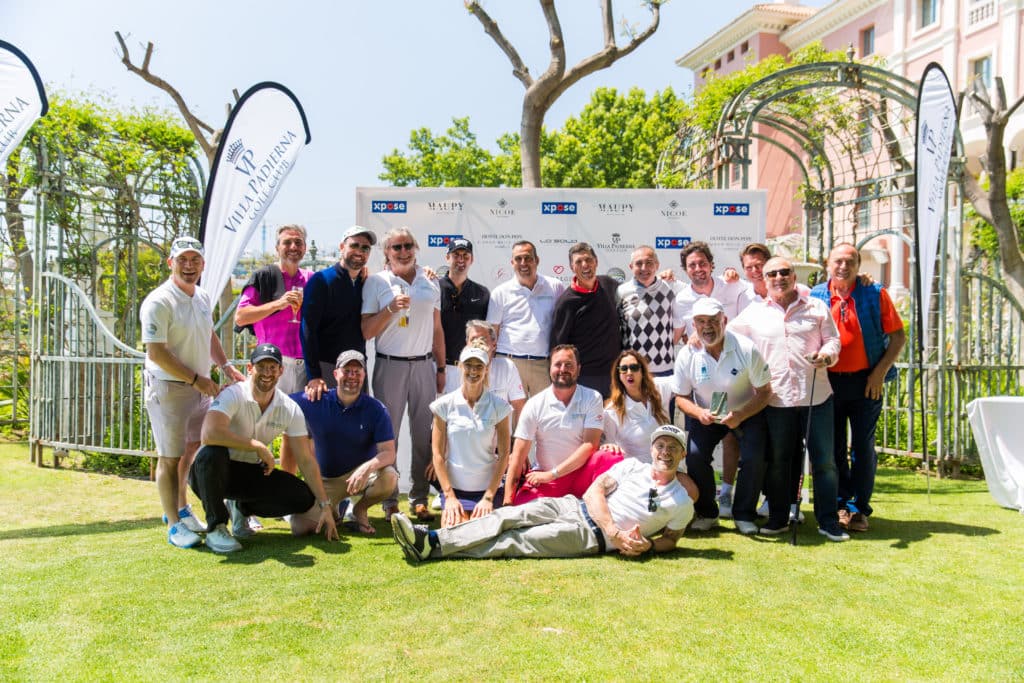 The gala dinner and the concert took place at the hotel Gran Melia Don Pepe Resort, which was attended by its director Rocio Galan, the actor best known for his role in King Arthur, Craig McGinlay, who was the perfect Master of Ceremonies, and singers Brian MacFadden and Ronan Keating, who came along with his wife. Fadi Khalil, entrepreneur and founder of Xpose, official sponsor of the event, and the Chair of the event, Maria Bravo, attended with her partner, the decorator Nicolás Escanez. Bravo thanked the sponsors for the support received over the years: “Before opening the doors, everything is covered thanks to people like Fadi Khalil, entrepreneur and founder of Xpose, Official Sponsor of this gala, as well as the Gran Meliá Don Pepe, Álvarez-Ossorio Lawyers, Villa Padierna Golf Club, who donated everything for the Golf Tournament, Virginia Florista, or Meliá Banús, King Peter, Maupy Worldwide and Ribek Productions or Popi Jamones. Thanks to them, Sponsors and collaborators, 100% of the proceeds are donated to the beneficiary foundations.” 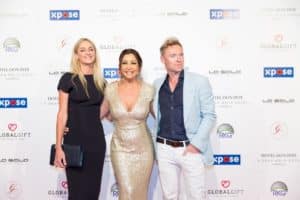 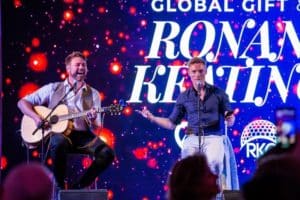 Bravo also had words for the Keating family: “Ronan, we have been together, helping each other for the last 5 years. You and your wife are such beautiful human beings, that it is an honour for me to celebrate this union of forces for the benefit of our foundations.”

Keating, who has sold more than 40 million records throughout his career, praised María as a person and as a professional: “My wife Stormy was on Instagram, and she was scrolling through and some stuff came out about Maria Bravo and The Global Gift Gala and she had tears in her eyes. I didn’t knew what she was doing, so I ask her if she was good, and she answered Maria Bravo, she’s a gift from god. I swear on my mother’s grave that is what exactly happened.  Maria you never stop, this is one night to night. Constantly she’s giving her time… We don’t know how long we are in this planet, she always gives to everybody. It’s really special, It’s Maria’s time. For me it’s an-honor for my foundation to work with you. Maria, you’re a superstar!”

Fadi Khalil, highlighted the hostess’s human qualities in a night charged with emotion and magic: “It’s a pleasure to be part of this event, Maria is an incredible woman, most of you know her, and for those who do not know her, she puts heart and soul year after year to help children, women and sick people. I have travelled all over the world, but I have never found a foundation like Global Gift where all the money goes to 100% for the people who need it the most.” 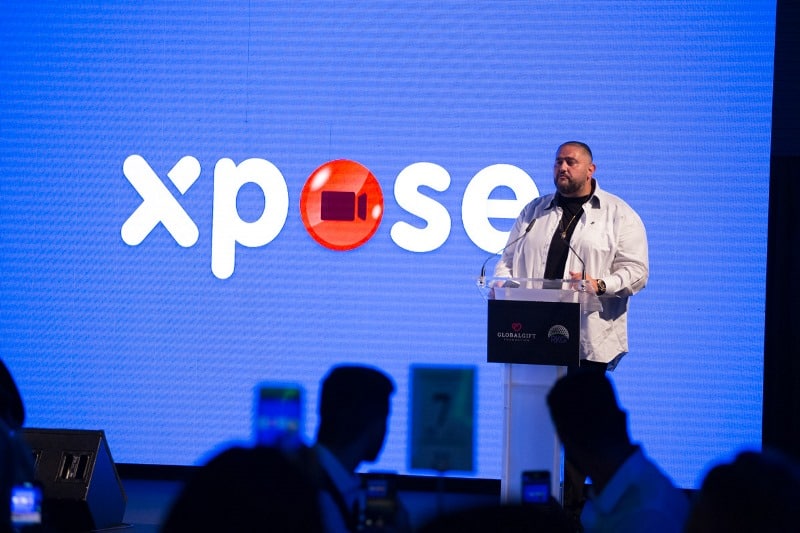 The Official Sponsor of the gala, Fadi Khalil, entrepreneur & creator of the award-winning XPOSE App, had the opportunity to explain his contribution to making this world a safer place: “Xpose is an application for security, just by shaking the phone, a connection is activated and it records what’s happening around you, and automatically the application will call 911. It is security for children and for anyone who needs it. This is my way of contributing. If you use your time for these acts of love, we can change the world.”

XPOSE, is a live streaming application, winner of the International Award “Best Mobile Innovator” in the category of Excellence Award at the Mobile Excellence Awards of Los Angeles, for an application dedicated to the security of men and women throughout the world.