The courtesy and modesty of the British character were witnessed last night at Starlite through artists James Rhodes and Katie Melua. And they endorsed the night of the festival with piano rhythm and touches of blues, jazz, folk and pop. Both compatriots managed, through a double concert, to have the Starlite audience surrender to the evening with the most authentic British flavor of the 2019 Starlite poster.

Distinguished personalities such as psychologist and writer Alejandra Vallejo-Nágera and Nina Junot, the former Philippe Junot, attended the Starlite Auditorium to witness one of the most delicate and bright concerts of the most important boutique festival in Europe.

James Rhodes, the pianist whose music saved his life after a difficult childhood in which he was the victim of sexual abuse, opened the performance attached to his piano-shaped lifeguard, with the piece of the Russian Rajmáninov. “What an illusion to be here, under the stars. Andalusia is the host!” he said in Spanish.

After asking permission to communicate in his mother tongue, Rhodes explains that he will perform Beethoven’s Piano Sonata Number 15, ‘Pastoral’, a piece of more than 20 minutes long, “something unusual for a festival, but I want to play it in this amazing place,” referring to Starlite’s Quarry.

Music as a means of expressing the deepest feelings. Rhodes, sitting in front of the piano without any score, then enters Chopin’s Scherzo Number 2, another extensive piece that preceded the end of the party, ‘In The Hall Of The Mountain King’, by Norwegian composer Edvard Grieg.

After the Rhodes recital, it was the turn of the British singer originally nationalized from Georgia, Katie Melua. A second concert that made Starlite night a unique event in the world for its simplicity and musical virtuosity. Melua began with the song ‘Belfast’ before giving way to her special version of the hit ‘Wonderful Life’, authored by singer Black. And so, she offered with her velvety voice and an exquisite courtesy, a repertoire from her own studio albums and delicate versions of great songs such as ‘Just Like Heaven’, from The Cure or ‘What A Wonderful World’ alternated by Louis Armstrong.

“It is an honor to be here for the first time and finish my little summer tour in an amazing place like this,” said Katie Melua, referring to the unique enclave of Starlite Festival. Accompanied by “the best active musicians of Great Britain” among which was her brother, the singer who also plays the guitar, she performed her songs such as ‘Plane Song’, ‘Crawling Up A Hill’ or ‘Piece By Piece’.

One of the most special moments of her intervention took place when the British artist sang ‘Tu Asa Tura’, a song in her native language. She then performed a gift reserved to put an end to her first concert in Starlite: Louis Armstrong’s ‘What A Wonderful World’, icon of jazz of all time and “one of the best songs written in English,” according to Melua herself. By way of farewell, she expressed a “thank you” to an audience that had its soul caressed with her voice.

James Rhodes and Katie Melua first attended Starlite on a night dedicated to English virtuosity. The best-selling pianist James Rhodes made his debut at the Auditorium interpreting classical music like no other artist, communicating a passion and an authentic vision of music that has literally saved his life. Katie Melua continues to amaze the public around the world with her extraordinary voice. This show covered many of her world-renowned albums, as well as versions of classic songs that have inspired her over the years.

The night of Starlite continued with a new session of DJ Juan Magán. After his performance on July 18, the artist wanted to continue setting the bar as high as in his first show based on the purest Latin electro and managed to gather a large number of followers who did not stop dancing and singing all night, registering a new sold out for Starlite. His next and last performance this year will be on Tuesday, August 13, which will coincide with the expected visit of the American singer, Jason Derulo.

The programming of Starlite will continue Tuesday, August 6, with David Bisbal, on Wednesday 7 it will be the turn of Sidecars & Dvicio, on Thursday 8, that of Ketama, on Friday 9 that of Miguel Poveda and on Saturday, August 10, that of Andrés Martín & Juan Peña on the Sessions stage. 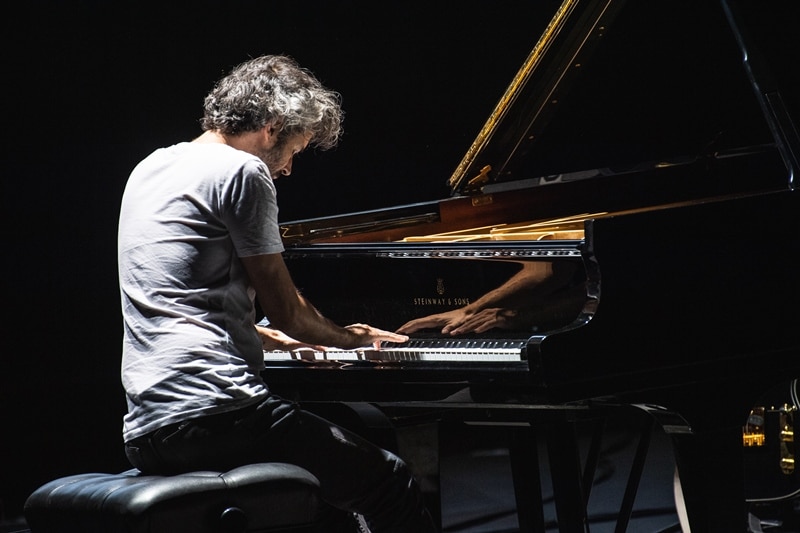