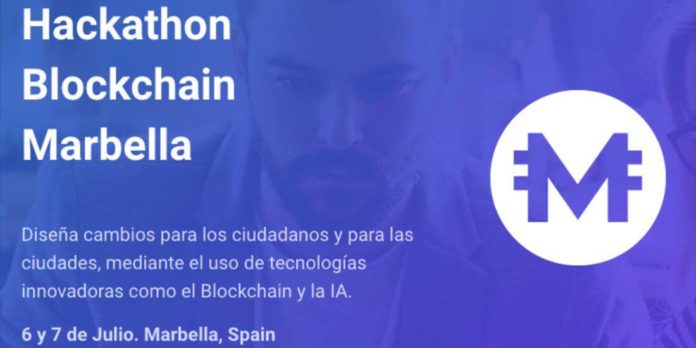 The municipal delegate of Economic Development and SMEs, Cristóbal Garre, presented yesterday the first edition of the Hackathon Blockchain Marbella, an event organized by the Blockchain Cultural Association of the city that will take place this weekend, July 6 and 7, in the coworking center We Cowork, a recently opened facility in San Pedro Alcántara (Calle Agua Marina, 18). “It is an absolutely free programming marathon, in which we collaborate at no cost to the municipal coffers, which will work on different initiatives that interest the city such as mobility, social innovation, urban digitalization, and sustainable tourism”, pointed out the official, who has stressed that “for the City Council and the city this kind of initiatives are important and we will take good note for their possible development.”

Garre, who has been accompanied by the Innovation Advisor, Baldomero León; the president of the organizing collective, Francisco Gutiérrez; and the CEO of We Cowork, Carlos Fernández, stressed that the event “is part of the line we are promoting at the Town Hall”. For his part, Gutiérrez stressed the relevance “of integrating Blockchain technology to the ‘smart city’ with events of these characteristics.” He explained that the Hackathon will be formed by four teams and if they are not completed by this weekend, the event will be moved to the next one.

“The participating profiles include programmers, designers, developers, draftsmen, entrepreneurs, and professionals in general who have an idea and want to develop it,” he said. The first three classified will get prizes to develop their applications within the platform and interested parties can register at this link.

Finally, the CEO of We Cowork expressed his satisfaction “for collaborating in this event and in this way supporting the talent that exists in the city.” “We wanted to give our space to the Hackathon this weekend and we will also contribute with prizes for the winners,” said Fernandez, who has assured that “the Blockchain is the future.”