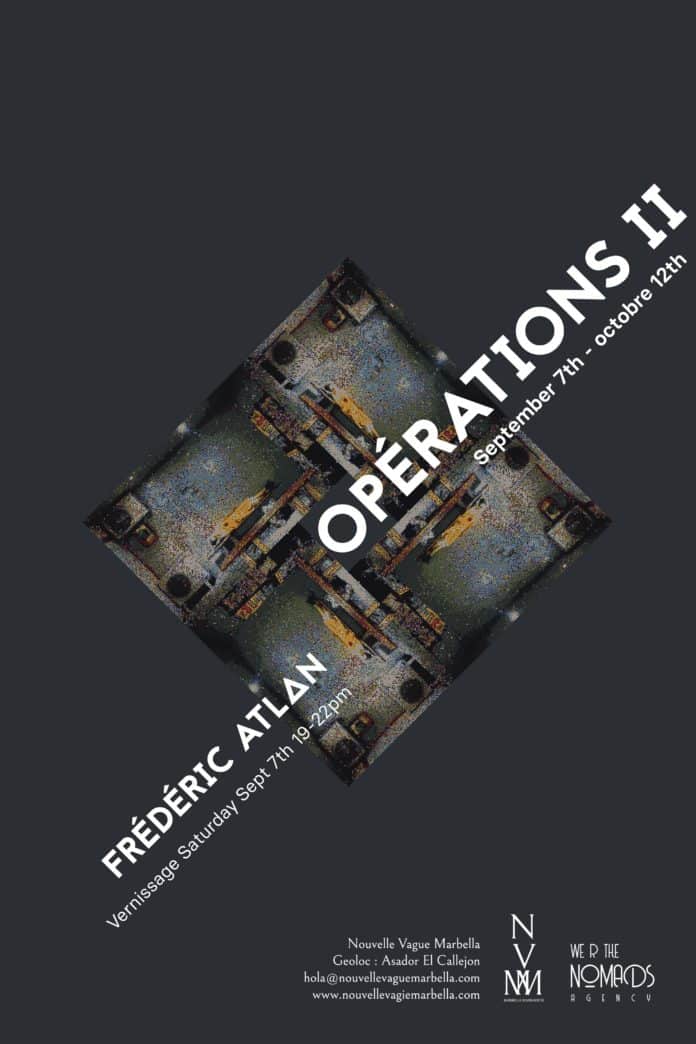 Nouvelle Vague Marbella welcomes Parisian artist Frédéric Atlan in its 2019 residency program. He will present the second chapter of his OPERATIONS project following its initial Parisian success in October 2018.

OPERATIONS II will showcase Frédéric Atlan, a central figure of the Parisian alternative art scene since the end of the 1990s. An explorer of sounds (experimental-noise trend) and materials. He uses the traces of his production process as the very material of his works. He thus proposes “operations” in the surgical but also mathematical sense, since it is a matter of adding and subtracting the material to the canvas, by stamping-tearing in the series “Geometry of the ruins”; or to deconstruct digital photographs with painted monochromes, as in the series “Tetragrammisations”.

The multiformat exhibition (video-sound-print-painting) will open on Saturday, September 7th, in Marbella.