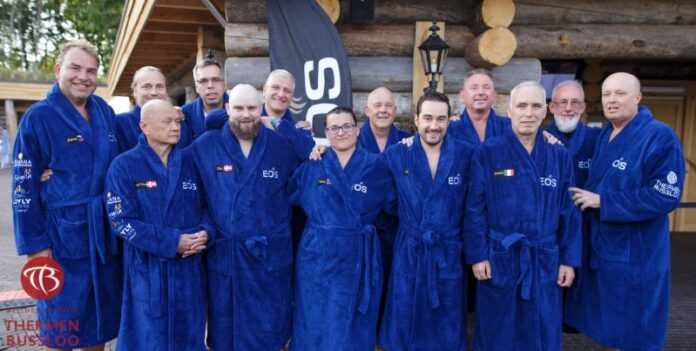 This week the ViviMarbella team has traveled to the Netherlands to attend the Aufguss World Championship that began last Tuesday, September 13 and ended on Saturday 17, bringing together more than 100 participants from 22 countries at the Hotel & Wellness Center Therme Bussloo. The Dutch resort, which already had 16 different saunas inside, debuted its huge “Sauna Theatre” just this month, to accommodate up to 200 people at the same time, enjoying the aufguss.

The championship, which has reached its 10th edition, is represented by almost all European countries, with Japan for the first time, with a delegation that has reached the finals on Saturday. Spain had no candidates as the ritual is not yet widely known or practiced. An association was recently founded to promote the aufguss in Spain and that has aroused our curiosity to discover what this ritual has to bring together so many enthusiasts from all over the world in competition.

The participants could compete both individually or as a team, achieving a different score and aspiring to win in both categories.

This year’s winners were the Polish Maciej Pizcura who shared the 1st position with the Dutch Laura Lenders in the individual category, while the team made up of the Italians Massimo Gelli and Simone Mannelli, won the 1st prize in the team category.

For those who do not know it, the Aufguss is a well-known sauna ritual in countries with a well-established sauna and spa tradition and consists of turning and shaking a towel after having placed ice balls flavored with essential oils in the brazier dressing. essential oils and water, to spread jets of steam in the environment. The objective of the ritual is to achieve a much more pleasant stay in the sauna for the user, thanks to the harmonic movement of towels by an expert who moves the towel, not only choosing the most appropriate combination of oils for his audience, but accompanying it with music and play of light, so that the sensory experience is complete and the user lives the sauna ritual as a moment of well-being at 360 degrees and not as 10-12 minutes of enduring the heat sweating. 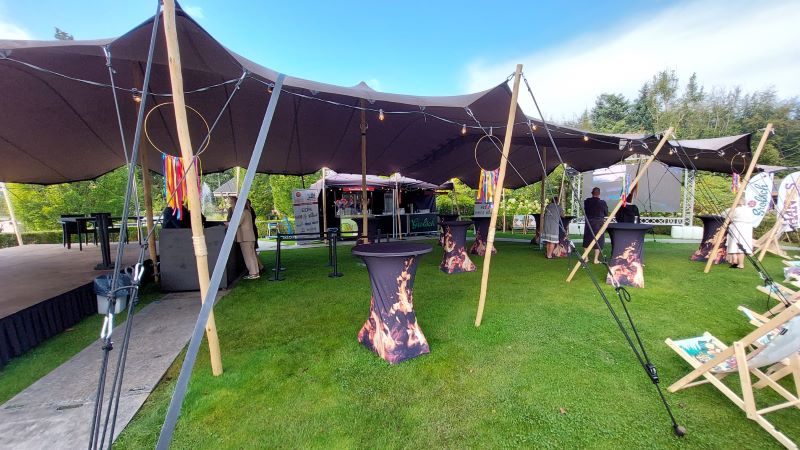 The exhibition stage is a “sauna theater” reminiscent of Roman amphitheaters, with a huge brazier in the center, a giant screen and a small stage so that each participant can perform their show as a true actor, dancer and sauna athlete (already which requires fairly good strength, fitness, and heat resistance). The shows were inspired by movies, books, stories or real characters, with free interpretation and choice of aufguss technique. The jury, made up of an expert representative from each country, began scoring the qualifications on Tuesday until the finals on Saturday.

Among them, Riccardo Marzi, Italian, veteran of the championships, details the scoring criteria and the techniques used.

“The evaluation criteria consist of:

These same evaluation criteria are also used in all the previous national competitions that serve as qualification for the world championships.

The experiences and stories of each participant are different, but all of them, thanks to the aufguss, maintain a permanent and satisfactory job throughout the year in high-level hotel centers, many begin to give courses after 2 years of practice. 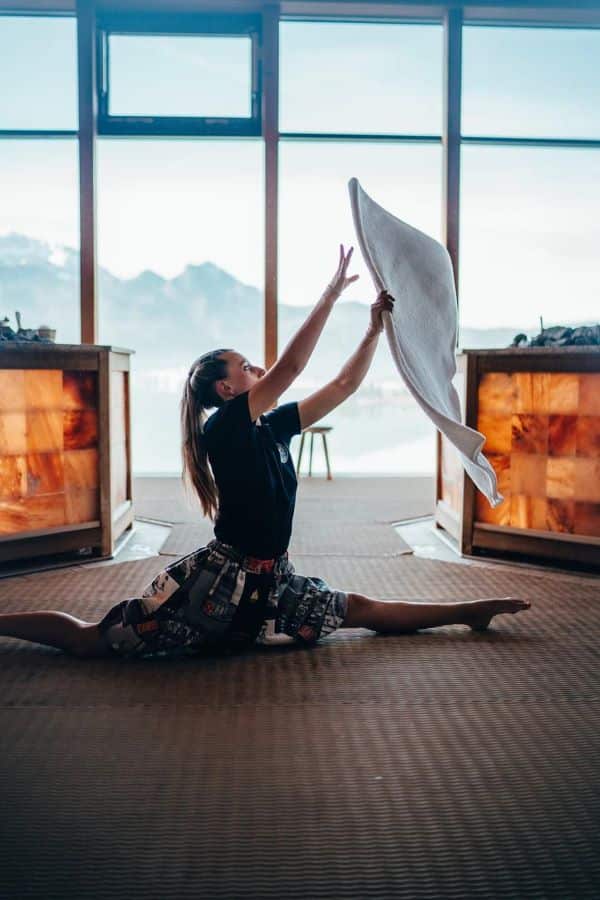 We asked Sara Niederkofler, a 25-year-old Italian from South Tyrol, how she experiences her passion for the Aufguss. “My story started about 7 years ago after I finished high school. I went to Cron4 (a sauna center in Italy) to work there and learn to give Aufguss, there I had the first competition. After half a year I went to Austria to do the physical training school and after finishing it I went to the Andreus hotel where I have been working now for 6 years”. Sara is also a pole dancer so her technique is related to dance and what she likes the most is doing the split while waving during an aufguss show.

We will tell you more details and experiences of these intense days of well-being and learning in the coming days.