On the tenth anniversary of REM, Bisila Bokoko, Founder and CEO of BBES, talked about how she converted her differences into great opportunities 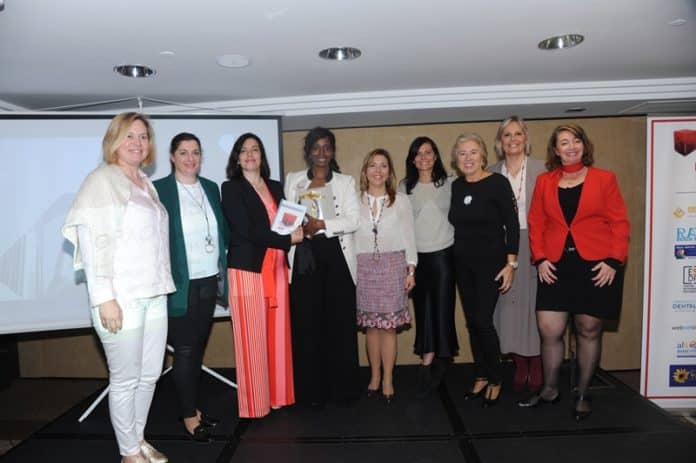 This morning at 10am, REM BPW Costa del Sol (the Red de Emprendadoras en Marbella), celebrated their tenth anniversary with a breakfast and networking morning in the hotel Gran Meliá Don Pepe. To mark this occasion, the councillor for Equality and Diversity, Isabel Cintado, and the representative for Employment and  Economic Development, Cristóbal Garré were there representing the local government. The founder and CEO of BBES, Bisila Bokoko, who was invited to give the keynote speech, spoke about her beginnings and the successful business and personal trajectory that she has achieved after overcoming the obstacles of being a woman, as well as the social barriers that she encountered along the way.

At the event Isabel Cintado emphasised with conviction the huge effort that REM does in Marbella for the female entrepreneur and business woman. Stating that, ¨leadership also has the face of a woman.¨ On his part, Cristóbal Garré told how his business only has female employees now and is functioning at a much better level than before thanks to them.

Bisila Bokoko is internationally recognised and respected for being an outstanding entrepreneur and an expert in the world of business.  Her dedication to humanitarian causes has gained her enormous respect globally.  Through her motivational and keynote speeches she has inspired thousands of people and organisations throughout the world, and she has been recognised as one of the 10 most influential Spanish business women in the United States.

“When I was six years old my father told me: you have two problems, you’re black and a woman. I made the decision then, because of those words: I know that I am different, therefore I am special,” commented Bokoko, who was able to overcome the social limitations imposed on her at the time and achieve what she wanted.

Another point that she wanted to emphasis at the breakfast was that, “the life that we lead is a consequence of what we think and believe, therefore, if you are able to believe it, you can create it.”

She is the creator of BBES, Bisila Bokoko Embassy International, Bisila Bokoko African Literacy and of Bisila Wines. She has hosted the United Nations in Switzerland and has formed a part of numerous projects for some of the biggest named companies in the world.  One of these being her dynamic involvement with EMPRETEC, the United Nations Women’s Program, which helps and supports business women around the globe to set up and build their own businesses. Bokoko also hosted the Pikolinos Maasai Gala which was held in the United Nations in order to support the women from this tribe in Kenya.  Furthermore, she is the global ambassador for the Liceo Barcelona Opera House US Foundation and is actively involved in the construction of the Afrika Museum in Madrid.

REM was founded in 2009 due to the initiative of eight female entrepreneurs from Marbella, who decided to join forces and make the most of their synergy. With the clear objective of encouraging networking, REM forms a network which supports and promotes their members, which now count for more than 115.

This year, Malaga council’s Delegation for Equality has awarded REM BPW Costa del Sol and the Campo de Gibraltar the ‘Reconocidas 2019’ award for their promise to advocate gender equality and to promote the need for a world in which men and women have equal rights. They are a force that, over the years, has worked hard to highlight the presence of businesswomen and their value in society. The award was presented in Malaga yesterday, the 7th of March.