2,500 triathletes from around the world come together this Saturday in Marbella in the second edition of Ironman 70.3 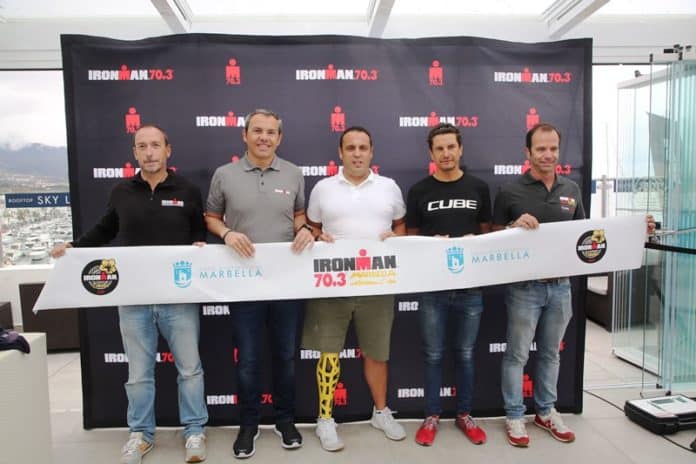 The stage that will host this Saturday, April 27, the second edition of the Ironman 70.3 of Marbella is ready to welcome the 2,500 participants from all over the world who will take the start of the race that opens the circuit in Europe. The councilor of Sports, Javier Merida, who presented the event today with the heads of the organization, stressed that “we are facing the most important sporting event of the year for the municipality.”

Merida stressed “the importance of this competition for the city” for its economic impact, estimated by the organization between 9 and 10 million euros for the area. In this sense, the director of Ironman in Spain, Portugal and Italy, Agustí Pérez, has specified that “each participant will be an average of 4 days in the municipality and, in addition, they are accompanied by two other people.” “It is an event with a real contribution for the economies of the cities in which it is celebrated, in addition to that, throughout the year it generates activity through the clubs that prepare the competition or even the athletes who travel to Marbella throughout the year to know the circuits first hand,” he pointed. Pérez stressed that in Marbella “we are at home and represents a fantastic environment for this sport.”

One of the directors of the race, Alvaro Lucena, said that for the organization of the event “we have had local clubs” and added that “a spectacular cycling circuit has been made in addition to the race on foot that will run next to the beach, which is, without a doubt, one of the most beautiful routes that can be seen in an Ironman.” Specifically, participants will travel 1.9 kilometers by swimming, on the beach of Puerto Banús; 90 kilometers by bicycle between Marbella and Cártama, and 21.1 kilometers on foot, along the city’s Paseo Marítimo.

Another one of the directors of the race, Pablo Vázquez, and the Spanish world champion Ivan Raña have also participated in the presentation. The competition will feature the best triathletes in the world, such as the world and Olympic champion, the British Alistair Brownlee, and other names such as Andreas Dreitz, in the men’s category, and Laura Philip, Tine Decckers and Dolça Ollè Gatell, in women’s category.

Regarding traffic, they explained that there will be restrictions from approximately 7:00 am until the end of the event (scheduled from 13:00 – 13:30 hours), in the zones of the route.

More information about the competition and the incidents regarding traffic is available here.