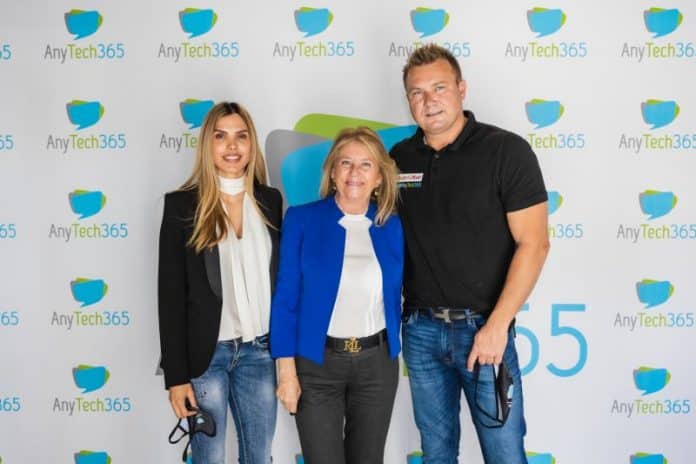 Thursday last week the mayor of Marbella, Ms. María Ángeles Muñoz, visited AnyTech365 at the head office in El Rosario in Marbella. The purpose was to see the company in person and to get to know more about the company which has become important for the city and the image of Marbella.

– I want other new and existing companies in Marbella to see the spirit of AnyTech365 because they have been doing fantastic. Marbella is not only a place where you go to the beach and have fun. It is also a place where companies are working hard and creating incredible results, says the mayor Ms. María Ángeles Muñoz.

The IT company is offering IT security, help and support in more than 15 different languages. When a Swedish person contacts AnyTech365, the person will always have the possibility to talk to a Swedish agent. That is one of the reasons why the company is number one in its industry in Europe according to the CEO.

– The location here is amazing and a perfect place to create an international company. Many tourists come to Marbella on holidays and a lot of them are coming back to live here because they love the city. That’s why this is the best place to sell services to all over the world, says the CEO of AnyTech365 Janus R. Nielsen, who is proud of the acknowledgement from the mayor.

The company continues to grow and the mayor has noticed. For example, a new partnership with MediaMarkt means that AnyTech365 has to hire around 500-600 new employees.

– I want the spirit of AnyTech365 to be connected with Marbella and as the mayor of the city I want to thank AnyTech365 for their importance, says Ms. María Ángeles Muñoz.

AnyTech365 was founded in 2014 and went from 0 to 400 employees in a short time. They have been on Financial Times list over the fastest growing companies in Europe and at the end of the month they are once again the main sponsor for the tennis tournament AnyTech365 Andalucía Open.

Share
Facebook
Twitter
Pinterest
WhatsApp
Linkedin
Email
Tumblr
Telegram
Previous article
Do you want to work for IBM in Spain? ViviMarbella helps you achieve your dream.
Next article
Okonomiyaki, the perfect combination of Japan and the Mediterranean