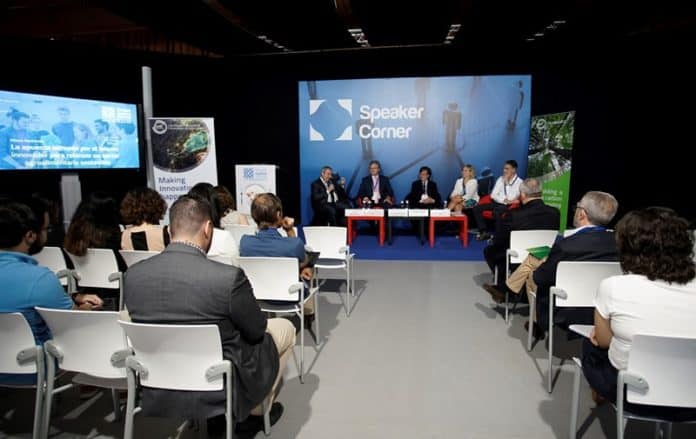 Startup Europe Smart Agrifood Summit brings together annually the innovative emerging companies involved in the process of the digital transformation of the agri-food industry to highlight its role in the value chain, as well as to consolidate companies that drive the sector, institutions, and professionals. On June 20-21, the event plans to congregate more than 300 startups with the most cutting-edge technological vanguard at the international level.

In this sense, the event recognizes the entrepreneurial ecosystem through a specialized call and, within the framework of its celebration, will grant technological awards in the categories of: the best startup, the most innovative startup, the greatest scalability in the market, a social responsibility project dedicated to gender equality issues, and the best technological solution. The Call for Startups initiative has recently closed the call for participation with more than a hundred startups that have submitted their applications.

Due to the international nature of the event, it will receive emerging companies from more than 20 countries, including India, Israel, Mexico, Australia, Russia, Turkey, Iceland, Indonesia, Argentina, Cameroon, Ghana, Belgium, Portugal, Germany, Holland, Italy, France, United Kingdom, Spain, as well as Silicon Valley and the United States. On the other hand, the sectors of activity in which they specialize are Agritech technology, FoodTech, Analytics and Big Data, Artificial Intelligence, and Blockchain applied to the agri-food chain and Circular Economy.

At Startup Europe Smart Agrifood Summit, the projects and proposals that will be presented by startups cover different technologies from a multisectoral point of view, with innovative solutions in fields such as robotics in farms and kitchens, mobility with drones for the prevention of bird pests, advances in food technology to obtain new foods, case of eggs with flavors or food products provided with protein from insects; intelligent platforms applied to agriculture and livestock for the control of offspring and crops through satellites, IoT (Internet of Things), or precision irrigation; production of nanomaterials for the medical industry; smart fish farms; waste treatment; online markets for smart seeds; vertical agriculture or smart micro-greenhouses in homes.

In addition to participating in the Call for Startups, the projects will seek financing in amounts ranging between 300,000 and 3,000,000 euros in order to grow in international markets. It is worth mentioning that 28 percent of startups have already been in a series A or B – which in terms of investment refers to funding received between 1 and 3 million euros. For their part, 65 percent have been financed by seed capital, that is, they are in their early stages of development.

Startup Europe Smart Agrifood Summit is jointly organized by FYCMA (Palace of Congresses and Fairs of Malaga), the European Foundation for Innovation (INTEC) and the Junta de Andalucía, and is promoted by the European initiative ‘Startup Europe’ of DG CONNECT of the European Commission within the framework of the Digital Single Market strategy. The SVG Ventures & Thrive participates as the main partner in the event. For their part, Golden Partners are the Andalusian Agency of Knowledge; the Agricultural and Fisheries Management Agency of Andalusia (AGAPA); the Ministry of Agriculture, Livestock, Fisheries and Sustainable Development; Extenda-Andalusian Agency of Foreign Promotion, under the Ministry of the Presidency, Public Administration and Interior; Ceseand Enterprise Europe Network (EEN); Deloitte; Alltech Crop Science, and Galpagro. Silver Partners are COVAP and IBM, while Cefetra Digital Services, EIT Food, EIT Climate-Kic, La Palma, Montosa and the University of Malaga (UMA) are Bronze Partners.