The City Council signs an agreement with Triple A with a subsidy of 60,000 euros to contribute to the maintenance of the association of abandoned animals 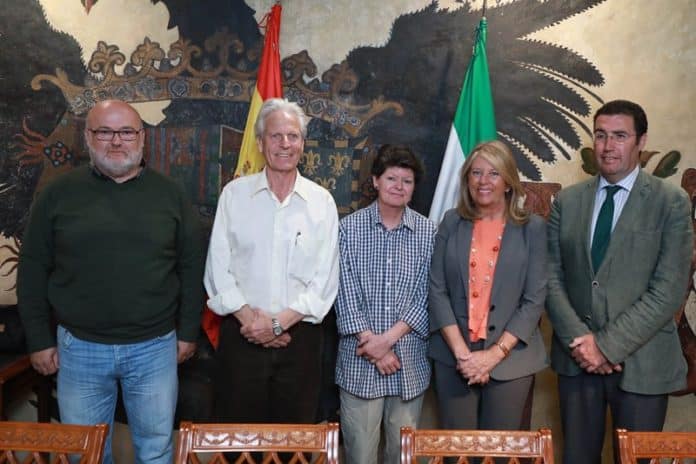 The mayor, Ángeles Muñoz, today signed an agreement with the president of Triple A, Bettina Pietsch, by which the City Council grants 60,000 euros to contribute to the maintenance of the association of abandoned animals. The councilor, who has been accompanied by the Councilor for Health, Carlos Alcalá, stressed that “continued collaborate with Triple A is a privilege for the city, because hardly a place like Marbella could have attention to animals if it had not been for this association.”

For this reason, the City Council has contributed this subsidy for 2019, “to ensure that they can deal with some of the operating and maintenance costs of the organization itself,” as pointed out by Muñoz. The mayor explained that Triple A “has professionals, has to feed the animals, take care of them, vaccinate them and give them medication, so the municipal subsidy goes directly to fund that part” and added that this association “has other ways of financing by individuals.” In this sense, the councilor has encouraged citizens to “become partners and support Triple A” and has stressed that “for Marbella it is one of the most important organizations within its scope.”

For his part, the Councilor for Health recalled that this agreement between the City and the association is made annually and explained that by 2019 “the amount allocated has doubled from 30,000 to 60,000 euros.” Alcalá highlighted the “great work” performed by the organization, “with a series of expenses that the City has a moral obligation to cover.”

The event was also attended by the secretary and co-founder of Triple A, Jan Weima, who has appreciated the help provided by the Council, “on whose collaboration we have always counted, starting with 10,000 euros a year to reach the current 60,000 euros.” However, he has called to increase the number of partners that help the association and noted that currently there are 500 of them. In this regard, he noted that collaboration can be established through the website www.tripleamarbella.org and has detailed that the association has more than 350 dogs and 280 cats; the animals remain in their facilities until they find a home.