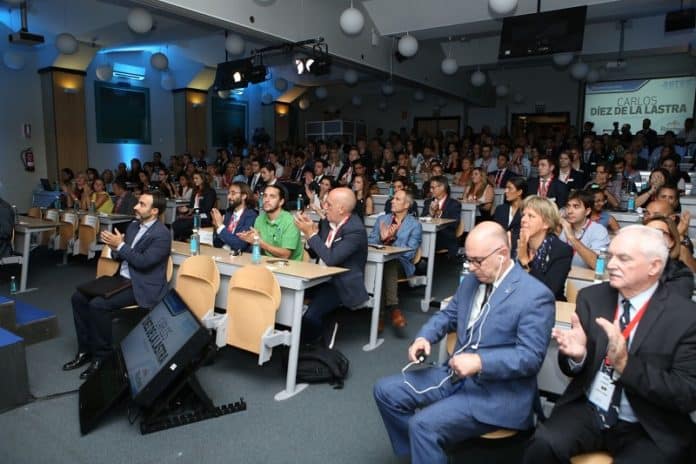 After the success of the first international summit on Space and Underwater Tourism (SUTUS 2019), held on September 23 and 24 in Les Roches Marbella, the organization announces the new edition of the event in 2020, also coinciding with the Autumn Equinox.

More than 250 professional attendees and students from more than 90 countries have followed with great interest the first level keynotes with delegates from NASA, ESA, Space Florida, Harris Corporation, etc. In addition, SUTUS attendees valued the networking moments, as well as the experiences of Virtual Reality on space and oceans installed in the Demo Area.

SUTUS (Space & Underwater Tourism Universal Summit), organised by Les Roches Marbella and Medina Media Events, was the first international event to deal jointly with the new frontiers that tourism is reaching in space and abysses. In this first edition SUTUS has managed to hang the “sold out”poster and attract specialised journalists from China, Italy, Colombia, Portugal, Belgium and Spain, as well as numerous Spanish media.

The second day of SUTUS 2019 culminated yesterday afternoon, Tuesday September 24, with the keynotes of the different candidates for space tourists and the thematic block of the underwater world.

Ana Bru, the first Spanish woman to travel to the stratosphere with Virgin Galactic and owner of the exclusive travel agency BRU&BRU; the civil astronaut Eduardo Lurueña; and Ángel Jané, finalist of the “Mars One” project to establish a colony on Mars, participated together with the journalist and writer Cristina Martín Jiménez in an intense panel session on the existence of signs of life outside our borders in which all agreed affirmatively.

Javier Noriega, president of the Marine Maritime Cluster of Andalusia, was responsible for opening the thematic block of the underwater world, explaining to attendees the possibilities of the oceans: “traveling to the marine world is also traveling to the depth. The marine environment is a cosmos more unknown than space”, Noriega pointed out.

After his speech, representatives from different universities such as Michele Stefanile, underwater archaeologist at the University of Naples “L’Orientale”; José Antonio Moya, science journalist and lecturer in Audiovisual Communication at the University of Alicante; and Luis Carlos Zambrano, professor of the Master’s Degree in Nautical and Underwater Archaeology at the University of Cadiz, presented different national and international underwater tourism projects to the audience, such as the Bou Ferrer in Villajoyosa (Spain) and the underwater city of Baia “The Underwater Pompeii”, in Napoli (Italy).

Carlos Díez de la Lastra, general manager of Les Roches Marbella, has been in charge of closing the first edition of Space & Underwater Tourism Universal Summit (SUTUS), who has thanked both professionals, companies and attendees for their participation and collaboration and announced together with Ricardo Medina, CEO of Medina Media Events, a new edition of the event in September 2020 coinciding, as this year, with the Autumn Equinox.

SUTUS 2019, organized by the Swiss academic institution Les Roches and Medina Media Events, has had the collaboration of EXTENDA (Trade Promotion Agency of Andalusia), as well as Tourism of the Costa del Sol, the Association of Municipalities of Malaga and Marbella City Council.