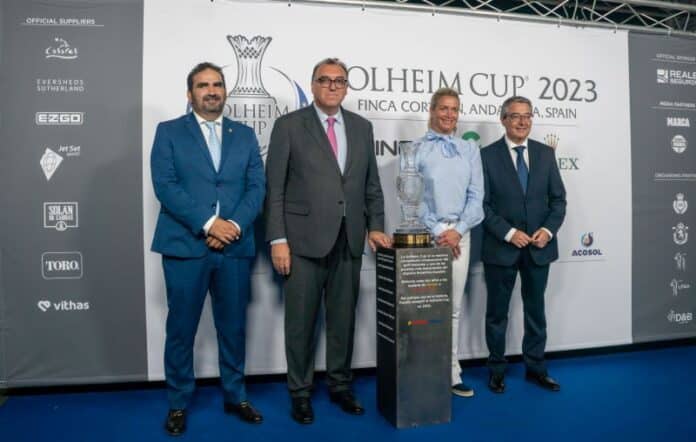 An extraordinary celebration event, called “One Year To Go”, made up of various events, marked the start of the countdown to the 2023 Solheim Cup coming to Spain for the first time. There is only one year left until the most important women’s golf competition in the world comes to Finca Cortesín, Málaga, from 22 to 24 September 2023.

To highlight those 365 days that will be crossed off the calendar for the European and US teams to meet on the Costa del Sol, the dyke of the emblematic Puerto Banús in Marbella (Málaga), brought together 365 children from different golf schools in Andalusia in which, in unison, they did the “Longest Swing”.

The little golfers took their places and, forming a huge multicoloured wave, hit an approach shot into the sea with totally biodegradable balls.

Afterwards, the captain of the European Solheim Cup team, Suzann Pettersen, arrived by helicopter and, with the magnificent tournament trophy in her hands, greeted each and every one of the children.

A few hours earlier, the protagonist was the new hole 1 at Finca Cortesín, where an exhibition match took place in which Suzann Pettersen challenged the model and actor Andrés Velencoso and the guitarist of the group D’Vicio Alberto González, “Missis”, while the ambassadors of the tournament recreated the great atmosphere of the Solheim Cup.

The European captain highlighted the design of hole 1, perfect for an event like the Solheim Cup and wished it to be “a very noisy hole, with all the Spanish passion cheering on the European team”.

Vicente Rubio, general manager of Finca Cortesín, recalled how the LET “honoured us naming us as the venue for the 2023 Solheim Cup and since then, our team has been working to make it a success. And over the next 12 months we will continue in this line of improvements to guarantee both players and fans a unique and unforgettable experience”.

This moment concluded with a tribute to Raquel Carriedo, the first Spaniard to play in a Solheim Cup and who shared with all those present her memories of that historic experience in the 2000 edition. 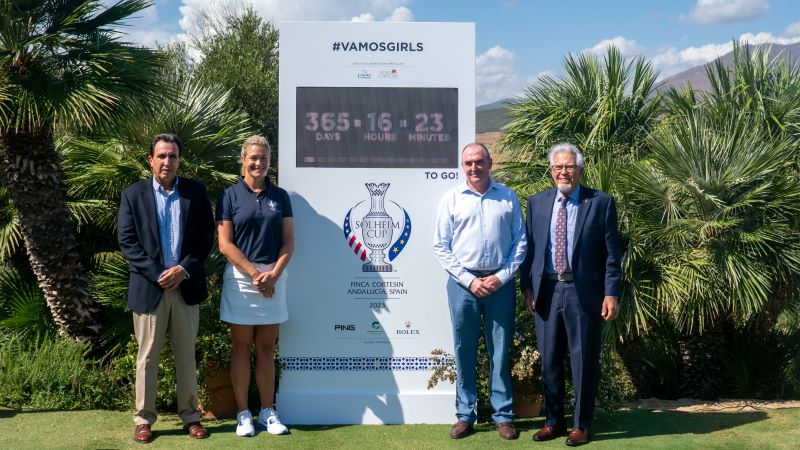 The celebrations of this “One Year To Go” had as an extraordinary culmination the launch of three countdowns, one in each of the municipalities involved in the organisation of the Solheim Cup 2023 (Benahavís, Casares and Marbella), to remember the time left for the celebration of this great event.

The Mayor of Benahavís, José Antonio Mena, was in attendance, accompanied by Pablo Mansilla, President of the Royal Andalusian Golf Federation.

“We have been fighting for a long time for the arrival of this tournament in Spain and Andalusia, and now there is only one year to go. Once again, Andalusia will once again be the world epicentre of golf and women’s sport thanks to the Solheim Cup,” said Mansilla.

“The golf industry is perhaps the most important industry in Benahavis and therefore, from the first moment we have wanted to be part of the Solheim Cup, and this commitment will bring numerous benefits, both to our municipality and to the entire Costa del Sol,” said Mena.

José Carrasco, Mayor of Casares, said he was “very proud to be able to offer our innumerable tourist resources and I am convinced that the Solheim Cup will mark a before and after for our municipality and for Andalusia”,

And Manuel Cardeña, Deputy Mayor of Marbella and CEO of Acosol, stressed that “the arrival of the Solheim Cup for the first time in Spain, and more specifically on the Costa del Sol, offers us a great opportunity to strengthen our position as a tourist destination and to be the epicentre of world golf in 365 days, something we have to take advantage of”.

Cardeña was accompanied by Arturo Bernal, Minister of Tourism, Culture and Sport of the Junta de Andalucía; Francisco Salado, President of the Diputación de Málaga; and Margarita del Cid, Vice President of the Diputación de Málaga, among other personalities such as Alan Solheim, representative of the firm that gives its name to the tournament, and people from the Ladies European Tour (LET), the Royal Spanish Golf Federation and Deporte & Bussines, the organising company.

Arturo Bernal was in charge of bringing to a close a marathon programme of events that has focused on the arrival of the Solheim Cup in Spain in just twelve months.

“The celebration of the Solheim Cup next year will allow Andalusia to demonstrate once again that we are the best destination in Europe for the organisation and development of major sporting events in general and golf in particular,” concluded. 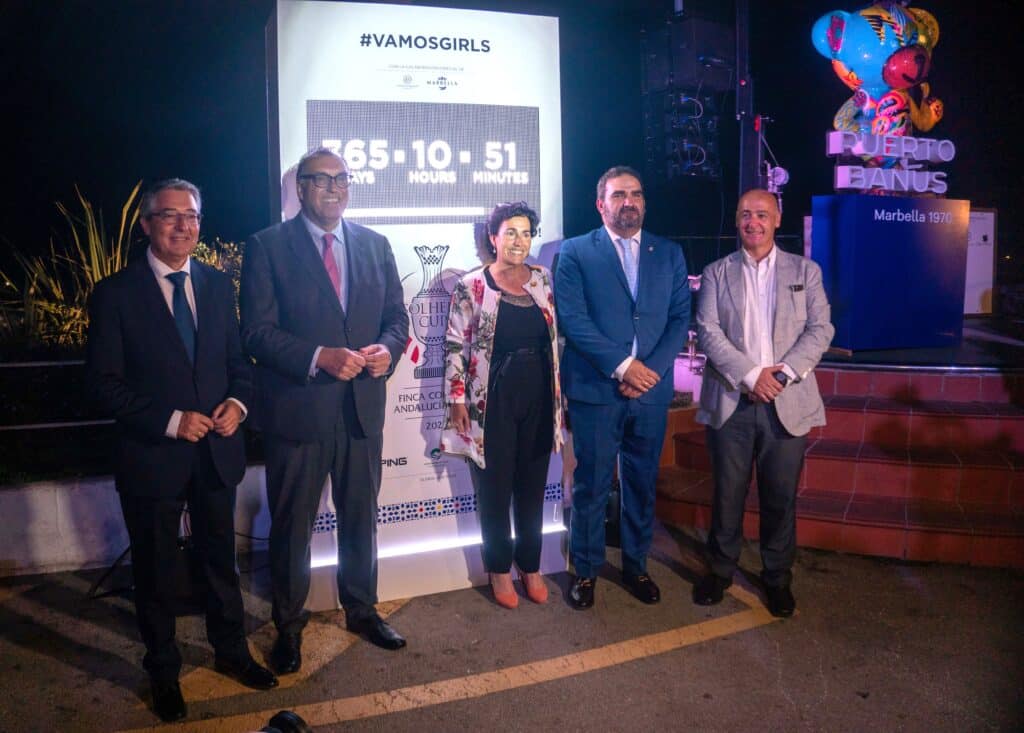